Why We Don't Want to Be the Best - Just Better!

We completely changed the way we think about our position in the market after reading the Infinite Game by Simon Sinek. We don't want to be the best. Just better! 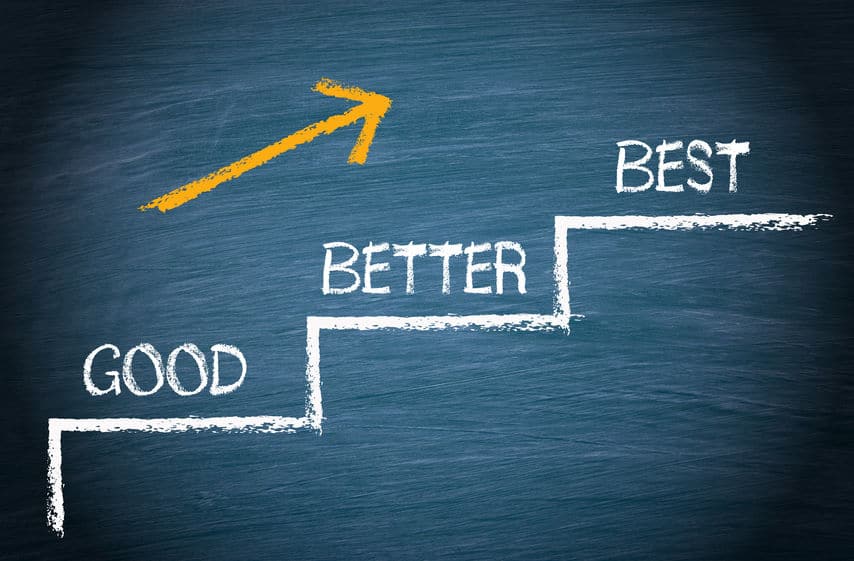 I consume a lot of books - mainly business books for research and some fictional stuff for entertainment. One of my favourite business authors is Simon Sinek. Simon wrote books such as Start With Why, Find Your Why and Leaders Eat Last. His most recent book, The Infinite Game, was a game-changer for me.

In the book, Simon talks about the difference between finite games and infinite games. For example, a football match is a finite game. It has a time limit, scoring process and rules. Both teams set out to win, and there is always a result, whether that be a win, a draw or a loss.

The analogy translates into business and becomes the difference between finite thinking or infinite thinking. It was this that made me realise that we do a lot of this already, but I had almost fallen into a few traps caused by finite thinking.

For example, if an organisation claims to be 'the best', it suggests finite thinking. They believe that they have made it. But where do they go next? Being the best can mean that you become complacent.

Not being 'the best' but 'better' is infinite thinking. It suggests that you will always strive to be better than everyone else out there and will work continuously to be on top of the pack.

This got me thinking - is there any other language that we may use that suggests finite thinking? The Leading? The top? I even saw a website a few weeks back that described everyone else in the market 'our imitators'. Does this suggest finite thinking?

So, what finite thinking traps did I fall into? I got somewhat wrapped up in what our competitors were doing and wanted to react. If they dropped their prices, I wanted to. If they launched a new product, I wanted to. I was in the frame of mind that we had to do what everyone else was doing. This, in my mind, was wrong of me. Rather than copy or keep up, we had to do what was better for our customers and clients. Yes, I guess in that respect I wanted to be an imitator.

By the way, I never did react to these things. I just worried about them. I've always had the mindset that we should concentrate on what we are doing and make sure we do it well and not worry about what other people are doing.

What do you think? Is it right or wrong to claim to be the best? Are you a finite thinker or an infinite thinker?

I'd love to hear your thoughts.