Generate a Bias Towards Action 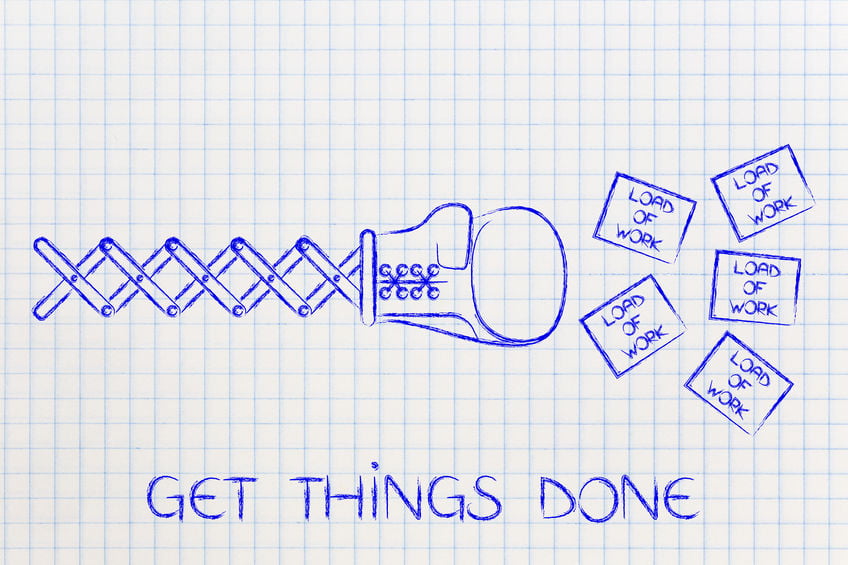 Do You Overthink Things?

Are you one of those people who overthink things? Do you think you spend more time planning and less time doing - potentially getting into too much detail and leaving less time to actually get things done?

If you do, you probably find this impacts your productivity. You also may look at others with envy who just seem to get stuff done.

So, what's the difference between you and them? It's likely they have something called a Bias Towards Action.

Having a Bias Towards Action

What does that mean? A bias towards action means making quicker decisions to take action rather than overthinking things. If you are one of the people who we mentioned in the first paragraph you'll likely be terrified by that thought. Bear with me though, it isn't as bad as it sounds. Honestly!

We came across a great piece from Jeff Bezos, CEO, and Founder of Amazon. This came from a shareholder letter in 2016 and talked about making great decisions. He uses the phrase 'day 1 company' and how they differ to 'day 2 companies'. What he is talking about here is how does Amazon keep the energy and excitement of a company that has literally just started and is on its first day:

Day 2 companies make high-qualitydecisions, but they make high-quality decisionsÂ slowly. To keep the energy and dynamism of Day 1, you have to somehow make high-quality,Â high-velocitydecisions. Easy for start-ups and very challenging for large organizations. The senior team at Amazon is determined to keep our decision-making velocity high. Speed matters in business â€“ plus a high-velocity decision making environment is more fun too. We donâ€™t know all the answers, but here are some thoughts.

First, never use a one-size-fits-all decision-making process. Many decisions are reversible, two-way doors. Those decisions can use a light-weight process. For those, so what if youâ€™re wrong? I wrote about this in more detail in last yearâ€™s letter.

Second, most decisions should probably be made with somewhere around 70% of the information you wish you had. If you wait for 90%, in most cases, youâ€™re probably being slow. Plus, either way, you need to be good at quickly recognizing and correcting bad decisions. If youâ€™re good at course correcting, being wrong may be less costly than you think, whereas being slow is going to be expensive for sure.

Third, use the phrase â€śdisagree and commit.â€ť This phrase will save a lot of time. If you have conviction on a particular direction even though thereâ€™s no consensus, itâ€™s helpful to say, â€śLook, I know we disagree on this but will you gamble with me on it? Disagree and commit?â€ť By the time youâ€™re at this point, no one can know the answer for sure, and youâ€™ll probably get a quick yes.

The link above will take you to the speech Jeff made about this and you can watch the video too.

This is decent advice, maybe a bit scary for some, but good advice all the same.

What is a Bias Towards Action?

Having a bias towards actions is all about getting stuff done. In fact, it's probably even easier than that - it's getting the first thing done. It's about getting things started at least.

The three major facts from above:

The problem is that sometimes we try to plan the whole thing. For example, if you are working on a project, we plan it out. We meticulously plan each step, work out critical paths, Gantt Charts, dependencies and risks, and issues. Of course, these things are important, but at some point, you're going to have to get started. How many times have you planned a project, only to find that you have to keep changing the plan anyway? You might as well have at least kicked off the first thing to at least get the thing going.

It's time to get out of the mindset that things need to be perfect. Things will be perfect, but you have to get the thing started before you see that end result.

How to Generate a Bias Towards Action

Here are some quick tips to generate bias towards action:

This idea isn't for everyone. But, I hope it gives you some food for thought.